A new trade media campaign launched in September with new creative for both online and print. The initial campaign is centred around the idea of ‘Be Inspired’ using a unique light bulb walnut graphic.

Four adverts were launched during 2019, which offer the following key messages:

The advertising supports the core California Walnut messages to communicate to the UK trade, focusing on: origin, health, quality, taste and versatility.

The campaign ran from September to November and targeted professionals in the following parts of the industry: Food technology and manufacturing, foodservice, bakery, confectionery, public sector catering, grocery as well as multiple and independent retail.

The campaign trade audience, between September and November, was estimated at 287,024.

For more details on how the California Walnut Commission can support the UK trade, click here. 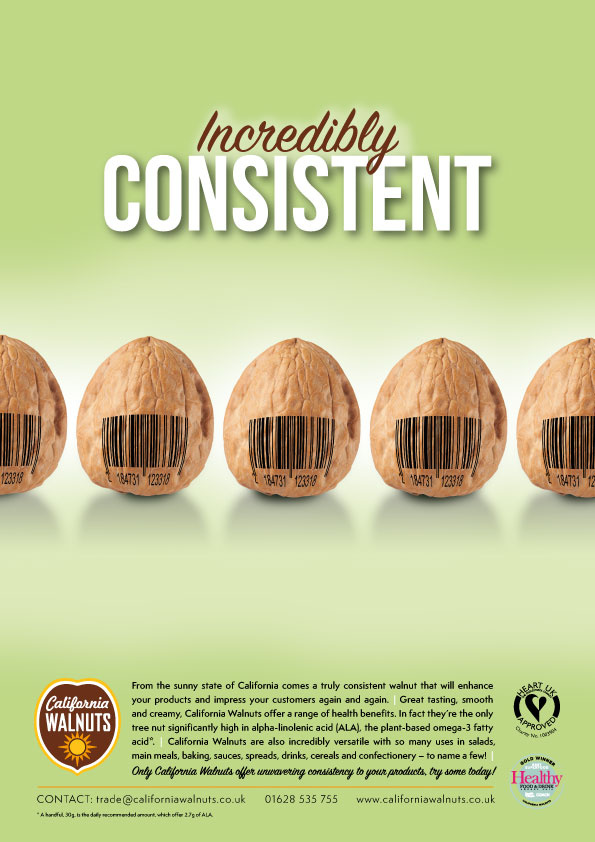 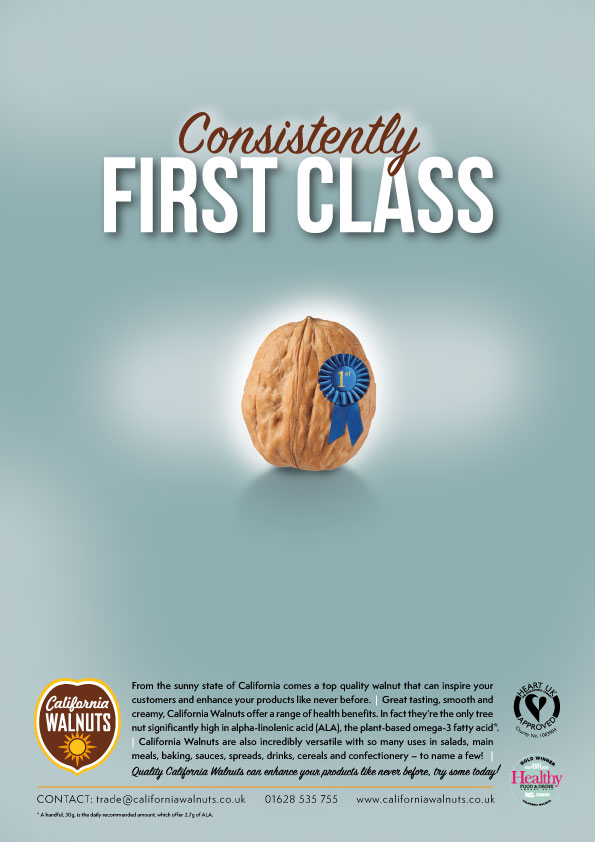 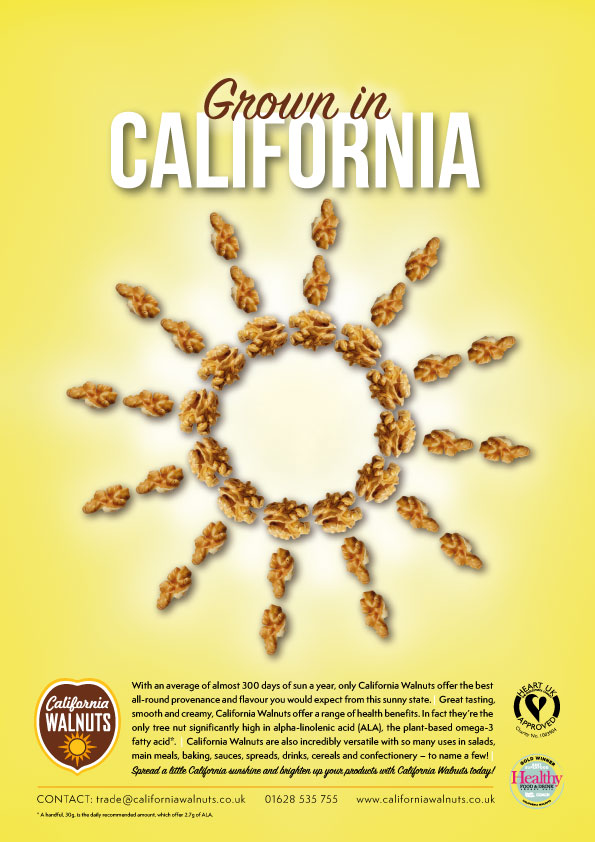 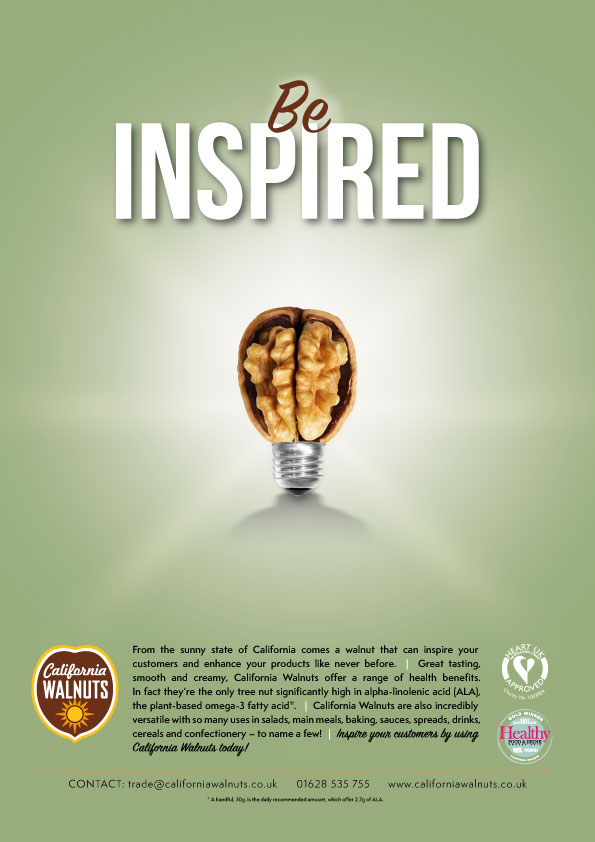