We’ve already shared lots of great new recipes and interesting facts from UK’s favourite holiday destinations to get you in the summer mood and last, but definitely not least, on our list is America!

When it comes to American food, did you know that …

Now obviously our favourite state is California, but for our US Inspired recipe we’re heading to Florida – and adding a Californian touch to one of its classic desserts… Key Lime Pie, which is considered the official pie of Florida Keys! So take your taste buds there this weekend with this delicious American Key Lime Pie which is creamy, crunchy and a celebration of American food as well as the humble walnut! 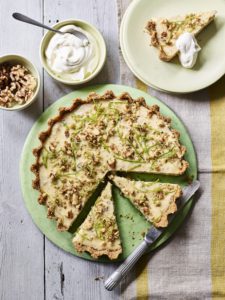