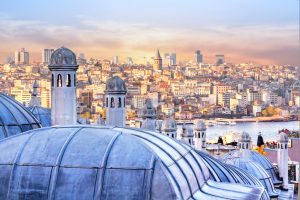 Turkey is another country in the top 10 holiday destinations visited by the UK, so to get you ready for the summer season, we’re sharing a new recipe for you to try as well as some interesting facts.

When it comes to Turkish cuisine, did you know ….

Other facts that you may not know…

Now you know more about Turkey, there’s only one thing left to do …. transport your taste buds there by trying our new Turkish Bean Salad with Walnuts recipe. If you’re looking for more holiday inspiration, check out our other blogs on Spain, France, Portugal and Italy!